skip to main | skip to sidebar

Sculpture in the Expanded field

In this article, Krauss summarized the development of the American Sculpture in 60s and 70s as two major trends: one trend is between architecture and not-architecture; the other one is between landscape and not-landscape. The former refers to the blending of sculpture and architecture, which ultimately leads to the development of the installation. The latter embraces a broader nature - humanity space, which is finally evolving into the form of Land Art. It is evident that these two trends result in the death of classical and modern sculpture.

The traditional sculpture has been lost between not-architecture and not-landscape. Krauss divided this development into three stages. Firstly, the representative works, such as Rodin's Gates of Hell and the statue of Balzac, broke the practice of traditional monument scultpure, which released the traditional sculpture from the function of architecture, religion, ethics, literature and obtained the independence of the sculpture itself. Sculpture turned into the form of personal expression by artists themselves. This change also embodied the abandoning of traditional pedastal. 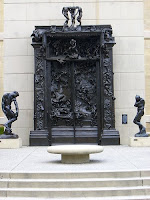 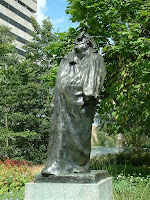 In the second stage is the modernist period and scupture entered the space of sitelessness or homelessness. The base became a part of the sculpture. The pedestal is designed as an abstract form and intergrated with the sculpture work. For example, in the work of Brancusi's Beginning of the world, the base tended toward radical abstractness which testifies to a loss of site. 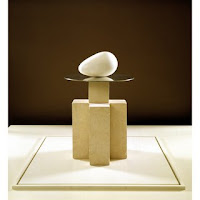 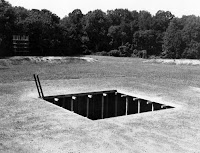 Christo & Jeanne-Claude are very famous environment artists. They combined the landscape and the environment, wrapped up the architecture and the island and so on. In the work "Surrounded Island", the artists covered the island with 6.5 million square-feet pink fabric. The whole gulf looks like red flowers which are very beautiful. Though the physical meaning of the wrapping is temporary and short, the influence of work on the audience and the volunteer is timeless.